Can the brazilian butt lift is done through smart lipo?

Smart Lipo is Not Best for Brazilian Butt Lift

Because Smart Lipo melts the fat this technique is not nearly as successful with the Brazilian Butt Lift as traditional liposuction. In order for the results to be permanent its important that the fat cells are transferred to the butt and establish a blood supply to that area.

Since Smart Lipo melts the fat, it is killing fat cells that are necessary for the augmentation. (Andrew Jimerson, MD, Atlanta Plastic Surgeon)

In my opinion, Smart lipo and other techniques that damage the fat such as Laser lipo, Ultrasonic lipo and Vaser should be avoided. Long lasting results depend on injecting minimally damaged viable fat so it can be vascularized and have the best survival. (John Squires, MD, Denver Plastic Surgeon)

Is not possible for fat harvest. The laser will kill the harvested fat cells, and there are then useless for transfer. What can be done, and in fact I have made good experience with that, is first to harvest the fat that is needed for the Brazialin butt lift and then treat the area where the fat has been taken with Smartlipo so that the skin retracts.

This can increase the Brazilian butt lift result via an effect that we call “accentuation”. The improtant thing is that Smartlipo is only used for skin retraction and must NOT be used for fat harvest. (Alexander Aslani, MD, Spain Plastic Surgeon)

Liposuction with added laser and/or heat energy to melt the fat actually harms and kills fat cells. That would render those fat cells completely useless, and not suitable for grafting elsewhere.

Fat cell is destroyed during Smartlipo

Moreover, those fat cells, if implanted can lead to accumulation of calcium and hardening, so it might make the buttocks situation even worse. (Daniel Kaufman, MD, FACS, New York Plastic Surgeon)

Virtually every one of these replies notes that fat grafting requires living cells to enhance the buttocks; since Smart Lipo kills the fat cells by thermally destroying them via laser energy, this is not the way to go.

Even “traditional” liposuction utilizes high negative pressures that can literally “boil” fat cells at room temperature (because of the very low pressures), destroying many of the potential living cells for grafting.

When these modalities are used to harvest the fat for transfer, mostly dead cells and lipid (fat) are injected, ultimately removed by your body’s scavenger blood cells, and little or no long-term improvement. Fat grafting requires low-suction harvest techniques, careful placement to surround the transferred fat globules with living tissue, and reduced activity while healing the grafts. The Brazilian Butt Lift is a time-consuming and precision procedure that is not for every patient, and not for performance by every surgeon. (Richard H. Tholen, MD, FACS, Minneapolis Plastic Surgeon) 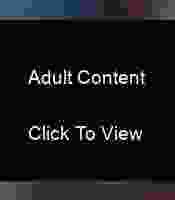 A Brazilian buttock augmentation involves removing fat from one or more areas through the use of traditional liposuction then transferring/injecting the fat into the desired area, the buttock. Other liposuction techniques such as smartlipo, can destroy the fat, therefore rendering it useless for this procedure.

Smartlipo is indicated for a very specific patient who has minimal fatty deposits with very good skin tone. Consult with a board cerrtified plastic surgeon who is experienced in buttock augentation before undergoing this procedure. (William Bruno, MD, Beverly Hills Plastic Surgeon) 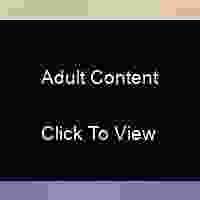 Is not recommended brazilian butt lift and smart lipo simultaneously

Brazilian butt lift is fat injection to the buttocks with liposuction around the area to improve the contour and fullness in the area. In order for the procedure to work, you need adequate volumes of fat which are harvested carefully and then prepared so not to damage the fragile fat cells. Smart lipo is laser liposuction where laser energy is used to rupture fat cells and then the fat is removed with standard liposuction.

I would argue as to the efficacy of smart lipo at all and feel results are likely from the suction after the fact and not from the laser. However, using fat which has been subjected to laser energy is damaged and not viable for injection. Fat should be harvested at a lower suction and then carefully washed and strained so pure fat is injected into the proper plane for improved take in the buttock. I have recently used the body jet system which is a nice system to gently and efficiently harvest a large volume of pure fat for injection. (Andrew P. Trussler, MD, Austin Plastic Surgeon)

Cannot use Smartlipo fat to do a brazilian butt lift

The fat cell is destroyed during Smartlipo and can’t be used for grafting to another body area. Traditional liposuction should be done instead. (Carmen Kavali, MD, Atlanta Plastic Surgeon)