An increasing number of people, especially women turn to plastic surgeons for the purpose perform such surgery, as buttox implants. For figure correction exists diet, is developed a set of special exercises. They allow you to achieve some positive results.

However, a simple increase in muscle mass often fails to achieve the desired aesthetic effect. These measures have almost no any noticeable effect on the so-called “silent” areas of the body. They include gluteal region, which has not only physiological role, but provides a lower part of the figure by typical contours.

Aesthetic buttox implants surgery – a surgical endoprosthesis replacement, which consists in modeling of the shape and contours of the buttox with silicone implants. They allow not only to increase to a certain extent the volume of the gluteal muscles, but also change the shape of the buttox.

Gluteal region is an important component of a beautiful figure. But its shape is not always consistent with these requirements due to different reasons – congenital structural features, any chronic illness or injury, which led to the sedentary lifestyle and muscular dystrophy, abrupt changes in weight, etc.

In addition to these reasons, after 30 years age-related changes have a significant impact on the buttox, which results to the displacement of the gluteal fold, ptosis of tissues, loss of elasticity, appearance of hollows on the side and changing the contour of the buttocks.

Endoprosthesis allows to increase buttox, give them roundness with smooth contours that changes the proportions of the figure as a whole and provides an attractive harmony of its shape.

Buttox implant before and after photos

There are different criteria for determining the ideal size and shape of the buttox, but they are all relative and the selection of implants is performed in accordance with the individual characteristics of the body structure, and with the wishes of patients.

Types and features of buttox implants

According to the structure buttox implants do not differ much from the breast implants and is a shell that is filled with a highly cohesive (viscous) silicone gel a volume of 140-180 ml. It does not flow into the surrounding tissue if shell is damaged and has a high “memory effect.” The main difference – it is the appropriate thickness (up to 1000 microns). It provides greater strength (in comparison with breast endoprostheses) due with susceptibility to significant loads. Buttocks with such implants look natural in appearance and to the touch. 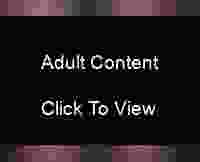 Buttox implants before and after picture

Implants of different sizes are available in three forms:

The surface of the capsule of the prosthesis may be smooth or textured. The latter are characterized by high strength and a low probability of the offset.

Surgery to increase the buttocks can be made after 18 years of any age. It is performed during 1.5-3 hours under general anesthesia or spinal anesthesia. The essence of surgery consists in small (3-5 cm) incision of the skin in the crease between the buttocks in the sacrum. After that formed the box, where are placed silicone implants. Fabrics are sewn on it, and is applied a cosmetic seam to the skin. Depending on the shape of the buttocks, the implant can be established under the gluteus maximus, under the superficial fascia that covers the the muscle or inside the latter. Such variants of installation of the prosthesis is lowered to 3-4% the subsequent possibility of formation contracture and fibrous capsule, in comparison with subcutaneous placement. 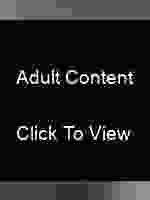 Despite its apparent simplicity, buttox implants requires professionalism of the surgeon due to the necessity of reliable fixation of the prosthesis in order to prevent its displacement, with the presence of a plurality of blood vessels, nerve branches, damage of which could lead to serious complications.

The main complications of surgery

Despite their rarity possible cases: 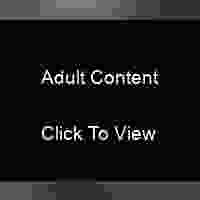 buttox implants helps to change the shape of gluteal region

Aesthetic buttox implants are indicated in the following cases:

The main contraindications for buttox implants:

Features of the postoperative period 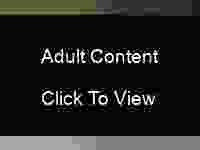 In the hospital after surgery patient is placed for 1-2 days. Discomfort persists for 2 weeks to 1 month and disappears after the elimination of the main tissue edema and their complete healing. It is recommended wearing compression underwear for 2-3 weeks, the choice of position on a chair in order to avoid significant pressure on the implants, the rejection of physical activity. After 1.5 months are permitted exercises without any loading restrictions.

The result of buttox implants is determined after 3-4 months after performing, when the swelling disappears completely. In the future with occurrence of diseases requiring an intramuscular injection of drugs, they must be implemented in other areas of the body.

Buttox implants are in demand not only in women. It has become very popular among men. Modern implants over time are not deformed, possess high strength and biocompatibility, and in case of rupture of a capsule the gel from it almost no flows due to the high cohesiveness. Due to such characteristics gluteal silicone implants do not require periodic replacement. Manufacturers offer a lifetime warranty on them.