Brazilian butt lift gone wrong – is complications and side effects of buttock augmentation surgery or changing their shape with implants, filaments or fat transfer.

Recently gaining popularity surgery to correct form and increase the size of the buttocks – brazilian butt lift. The procedure helps to restore the buttocks attractive tightened appearance, lost due to muscle atrophy, various kinds of diseases and injuries.

As a result of plastic surgery, buttocks become more prominent and elastic, and the silhouette – feminine and elegant.

How dangerous is surgery

Like any other surgery, buttocks augmentation has recovery period and side effects, which is quite difficult have suffered by some people.

Pain and discomfort accompanied patient first. You can not sit and lie down on the buttocks of the first 2-3 months. Women have to get used to sleeping on your stomach.

In place of the surgery is reduced sensitivity, which may go back only a few years later. The first days after the procedure to the patient is forbidden even to visit the shower. Within a few months, you can not go to the bath, sauna, swimming pool, as well as engage in any physical activity.

Surgery involves mandatory wearing a special compression underwear for at least 3-4 months. After the surgery is forbidden to make injections in the buttocks, because the drug falls into the prosthesis and not directly into the bloodstream. If necessary, the injections are made in the thigh. 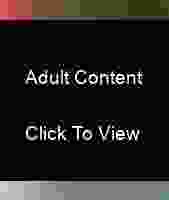 Implants may be felt by palpation. Sometimes, when surgery gone wrong, the implants edges may even be visible from the outside. Most often this occurs because of the low-skilled plastic surgeon or defective prostheses.

After surgery, the patient may experience swelling of the tissues, which in rare cases leads to the asymmetry of the buttocks.

Is not uncommon when the wound accumulate fluid or blood, formed seroma or hematoma. In this case, the long needle is inserted into the cavity and seroma fluid is evacuated via a syringe. Manipulation is repeated if necessary.

The edges of the wound may diverge due to this load and motility of buttocks. In most cases, the area of divergence is a little and the wound heals itself.

Sometimes bleeding can occur, resulting in a need qualified medical aid to the patient. In addition, there may be a fistula or abscess after surgery. In this case, you will also need medical assistance. In rare cases when you can not cope with fistula or suppuration, the implants must be removed to avoid a far more dangerous consequences.

Scarring after surgery is usually almost invisible. However, sometimes there is a wrong scarring, resulting in the seam remains visible for a lifetime. This refers to the keloid, hypertrophic and atrophic scars. Scarring of the skin depends on the properties and compliance with post-operative guidelines. 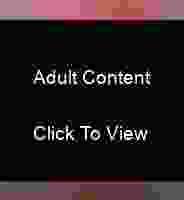 To rectify the asymmetry require additional surgery. Most often, this side effect occurs during the installation of implants for gluteal muscle.

Shifted implant can cause much more serious consequences, such as damage, pressure, and as a result, the sciatic nerve irritation, whereby can change the gait of the patient. Displacement of the butt implant is accompanied by severe pain in the legs. In this case, the patient not only requires an additional operation, but also treatment of the sciatic nerve.

In rare cases, patients have so-called capsular contracture, when the buttocks are very solid. Most often this is due to the fact that the implant located too close to the skin.

According to the patients, most of them been able to return to a normal life only after a month.

Factors that increase the risk of complications

To minimize the buttocks implants risks, you should follow all recommendations of the doctor, wearing corrective underwear, limit physical activity and so on.

In this case, you need a responsible approach to the choice of a plastic surgeon, do not chase to cheapest, so that later not remake and not pay again another doctor for correcting mistakes of the previous surgeon. The specialist must have sufficient expertise and experience in this kind of plastic surgery.

In addition, it is necessary to inform the doctor about all past illnesses and symptoms that bother you immediately after surgery.

Excessive passion of patient by plastic surgeries can lead to unpredictable consequences. After the surgery, an allergic reaction can occur in a patient, that is quite difficult to predict and prevent.

butt implant turns on the edge

It is necessary to remove the implants if they hurt you

Lot of pain on edge of buttock implants

pain on buttocks around the edges

Slight asymmetry between the right and left cheek of buttocks

The edges of the implant cause pain

The implant able to rotate freely 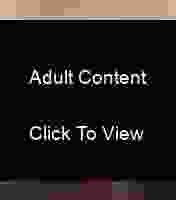 Who needs this surgery?
This kind of surgery is recommended for patients with hypoplasia of the gluteal muscles, as well as those who have flat buttocks.

How is surgery performed?
A small incision is made in the sacral region, formed shell under the muscle, in which the prosthesis is placed. After that, the cut edges are held together by means of a cosmetic seam. Rump fixed pressure bandage.

How is the post-operative period?
After the operation, at least a day a patient spends in the hospital under medical supervision, and then can go home. After being discharged during a month is recommended to wear a special compression garment.

Prevention of complications – an important part of any surgery, so you must always follow the doctor’s recommendations. There are restrictions on the exercise, rest and sleep on the back for 2-3 months after gluteoplasty. In addition, it is forbidden to make any injections in the buttocks.

Do scars remain, how visible they are?
More often does not remain scars after bum lift surgery, however, it depends on the properties of the skin.

How strong pain after the surgery?
This question depends on the patient’s pain threshold.

Will implants be seen in a bathing suit in the summer?
With the high professionalism of the plastic surgeon, as well as high-quality and properly selected implants, the risk of bulging and implant displacement is minimal.

butt implants are causing a lot of pain

Do implants rupture? Whether silicone flows under the skin?
Implant shell is strong enough, so the gap is only possible as a result of mechanical damage.

Is it possible to do injections in the buttocks in the future?
No injections is strictly prohibited. After surgery, they are made in the thigh.

Is possible implant rejection if gone wrong?
Rejection of implants are extremely rare and can be caused by a wrong choice or placement of implants, as well as their quality.

If you do decided on a brazilian butt lift, be sure to consult with several experts, gather them real reviews, look at his certificates and before and after photos and only then make a decision.